Current Use of Property: Since its construction, the farmhouse has remained in continuous use as a residence.

The Washington-Torreyson Farmhouse is one of the oldest surviving homes in western Arlington. Up until the early-1920s, the building was used as a tenant house for the adjacent dairy farm operated by Andrew Duke Torreyson. As one of the few remaining late-19th century dwellings in Arlington, the house illustrates the practical simplicity of rural residential architecture.  It is a rare example of a vernacular dwelling that typifies the County’s rural and agricultural origins and is also only one of four known surviving residences in Arlington that was originally associated with a working dairy farm.

It is unclear exactly when the house was constructed. According to the earliest known records, an African American named James Washington purchased the land in 1866 and 1875 from mid-19th century farmer Bazil Hall. Andrew Duke Torreyson purchased the land in 1905. Land tax records indicate that in 1905, Washington’s one-acre parcel had a land value of $50 and a building value of $25. It is unknown if the building on the property was the original farmhouse or if Torreyson built it after purchasing the property.

The Washington-Torreyson Farmhouse is a two-story dwelling with an I-shaped plan, a continuous fieldstone foundation and a side-gable roof. The front porch, which is the focal decorative element of the house, rests on concrete piers and has a wood-plank floor. It features chamfered wood columns and pilasters, a simple wood balustrade and turned balusters. The residence has undergone two distinct renovations since its initial construction, the first in the 1940s and the most substantial in 2007.

The home retains a portion of its original features, including the stone foundation, floor plan, boxed stairs in the living room that lead to the second level, bull’s eye trim moldings, baseboard moldings and narrow plank flooring. Older salvaged wood beams with hand-hewn marks have been reused as summer beams in the basement, but their origins are unknown.  Interior elements that date from the 1940s renovation include the six-over-six light, double-hung sash wood windows in the original portion of the house, the built-in china cabinet in the dining room, the arched doorway openings on the first floor, the glass doorknobs and related hardware, the front door and sidelights, the five-panel interior doors on the second floor, and perhaps the radiators.

This house was historically designated as part of a condition for a Unified Residential Development (URD) project approved by the County Board in Jan. 2007, and that featured the construction of a new “green-designed” energy efficient house on the adjacent lot at 5803 16th St. N.

Post-Civil War Alexandria County land records and deeds indicate an African American man named James Washington purchased two parcels of land from prominent land owner and farmer Bazil Hall, one parcel in January 1866 and the other in April 1875.  In 1866, Washington paid $60 for “land and premises” and in 1875 he paid $55 for land only. At the time of both purchases, he was residing in Alexandria County, although where exactly is unknown.  After retaining the property for approximately 30 years, Washington and his wife Mathilda sold it to A. Duke Torreyson and Wallis Schutt in January 1905.  The sales price was only $75.

Mr. Torreyson was a locally prominent dairy farmer and an Arlington County official. He served as land assessor and registrar for Alexandria County, was a leader of the Virginia Constitutional Convention in 1901-02, a founder and first president of the Maryland and Virginia Milk Producers Association, a founder of Arlington’s first bank, and a founder of the Washington Golf and Country Club. Born in Glencarlyn in Alexandria County on Oct. 12, 1866, he died Jan. 23, 1951, in Sarasota, Fla., and is buried at Oakwood Cemetery in Falls Church. 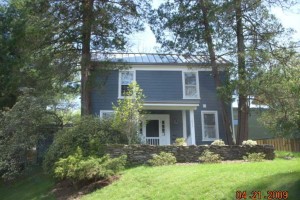 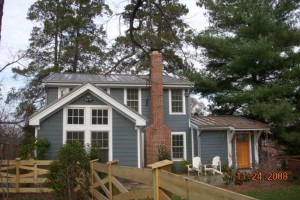 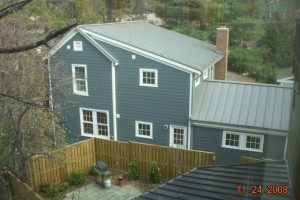