This project will extend the Crystal City Potomac Yard Transitway north and west to Pentagon City.

The project design has been divided into three segments (described below under About the Project).

The Crystal Drive segment is currently in the design phase, with the civil design completed in June 2020. Construction of this segment will be coordinated with the 12th Street South Complete Street project in 2021/2022.

Planning for improved surface transit in the Crystal City/Potomac Yard corridor began in earnest in the early 2000s. This extension to Pentagon City is the northern segment of the Crystal City Potomac Yard Transitway, adding 1.1 miles to the 4.5-mile Transitway corridor dedicated to high-frequency, premium transit service. With the extension, the Transitway will run from the Braddock Road Metrorail station in the City of Alexandria to the Pentagon City Metrorail station in Arlington.

The Transitway will serve local travel demand within the corridor, including Amazon’s HQ2 headquarters, and enhance connections to Metrorail and improve connections to Columbia Pike. It will provide needed transportation capacity to support anticipated infill residential and office development in Crystal City and Pentagon City, particularly PenPlace, Pentagon Centre and Metropolitan Park.

This open house updated the community on the project's scope and schedule.

Residents, business owners, building managers and bus riders were involved in the Transitway project’s environmental analysis and the design and locations of the Transitway stations. For more information about this public process, visit Crystal City Potomac Yard Transitway.

Arlington County’s FY 2019-2028 Capital Improvement Plan approved a budget of $27.7 million for this project. The Transitway extension is funded primarily by regional funds from the Northern Virginia Transportation Authority and state funds. 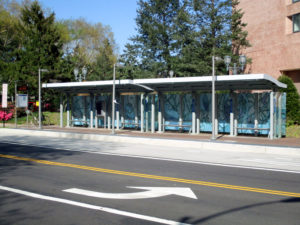 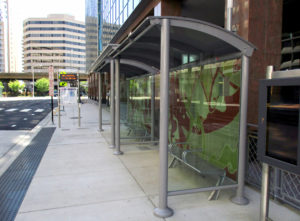 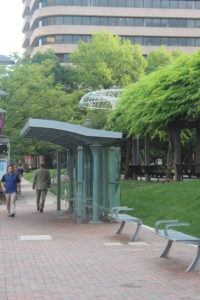 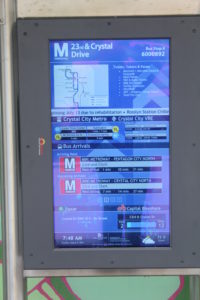 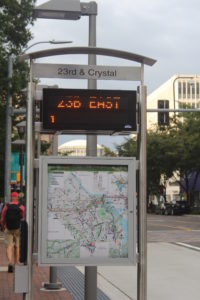