Current Use of Property: This public middle school has been in continuous operation since its construction.

Swanson Middle School opened in January 1940 and is the oldest surviving middle school in Arlington County. The building is a grand example of the Colonial Revival (Georgian Classical Revival) style, which was prominent during that time period.

The school was built with partial funding from a New Deal-era program initiated by the Roosevelt administration in response to the economic depression of the 1930s. It opened with 15 faculty members and 372 students, who came from as far as Chain Bridge to the north, Arlington Boulevard to the south, Rosslyn to the east and East Falls Church to the west. Lena Wolfe, the school’s first principal, served the school for 27 years before retiring.

Swanson Middle School is historically significant for the role it played to support the growth and development of west-central Arlington in the 1930s and 1940s, including the communities of Westover, Highland Park and Overlee Knolls.

The original school consisted of a 2½-story main block with prominent two-story perpendicular wings flanking each side. It contained 12 classrooms, a library, an auditorium, a small cafeteria, an office and a gymnasium.

Over time, additions were made to the original plan, adding classrooms, office space and enclosing the original central courtyard. In 1977, a fire reportedly started by a student as a prank, destroyed most of the school’s roof and one of the building’s most prominent features, its cupola. The entire building was renovated in 1994, and an addition was built in 2004.

The original main block of the Claude A. Swanson Junior High School rests upon a cinder block foundation with a brick water table. The building is constructed of steel joists with cinder block walls faced in six-course Flemish-bond brick. The side gable roof is clad in slate shingles and adorned with a center gable and four matching double-end brick chimneys. A modillion cornice encircles the building. The first-floor windows are ornamented with brick jack-arched lintels and keystones. The entrance gable features a one-story, one-bay portico with fluted Tuscan columns with a large Palladian window above.

Raymond Long was a Richmond architect who served as the state supervisor of trade and industrial education in 1924. Through the late-1930s, he worked for the State Board of Education and designed several public school buildings for the Commonwealth of Virginia. He designed both Swanson Middle School and Arlington’s Walter Reed Elementary School. 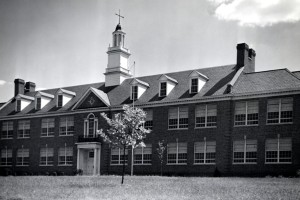 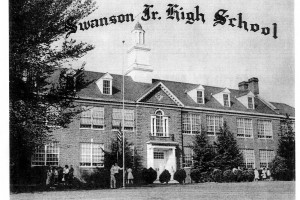 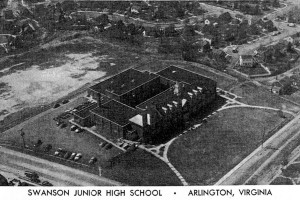 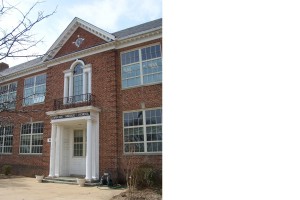 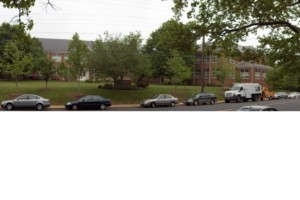