In May 2018, the County Board approved a $1.8 million contract to A & M Concrete Corporation for this project.

Before & After: Arlington Mill Drive

Before & After: Walter Reed Drive

This project intends to improve the transportation facilities on this short, but critical, segment of Walter Reed Drive and encourage more bicycle and pedestrian trips, improve access to Shirlington and better support drivers and County service vehicles that rely on this connection.

Following completion of the proposed conceptual plan in late 2014 and through fall 2015, County staff gathered feedback on the plan from nearby residents and other stakeholders. The preliminary conceptual plan was revised as a result of public comments gathered during the outreach process and County staff’s further review and analysis of the plan.

The proposed final scope includes the following components to achieve the project’s intent (refer to the images on the right that illustrate the proposed improvements):

A temporary, or pilot, installation of the Arlington Mill Drive lane realignment at the Walter Reed Drive/Arlington Mill Drive intersection allowed staff to field test signal timing and enabled residents to try out a partial implementation of the crossing improvements prior to full project construction. The temporary lane realignment was installed in June 2017 and remained in place until project construction.

During the test period, staff monitored the intersection to determine the appropriate signal and marking adjustments necessary to manage all modes of traffic at the intersection, so this information could be determined prior to project construction.

Community outreach during the conceptual development process (Winter 2014/15 through Winter 2015/16) targeted properties within one block of the project site, as well as several area stakeholder groups, including: 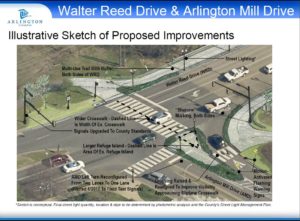 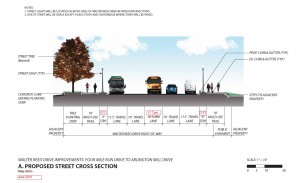 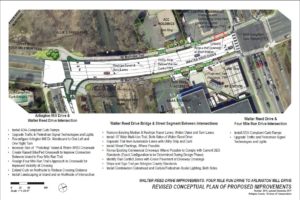 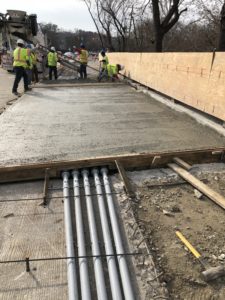 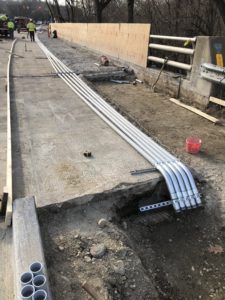 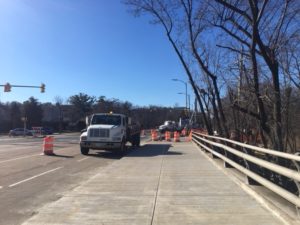 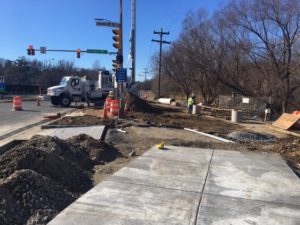 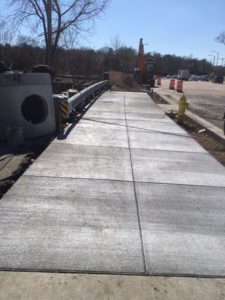 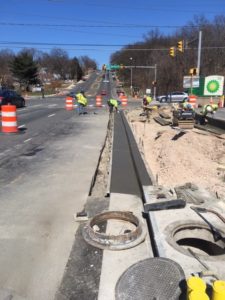 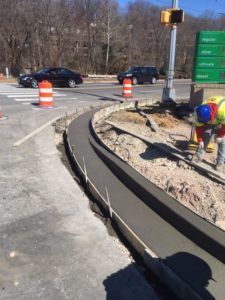 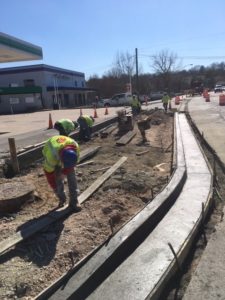 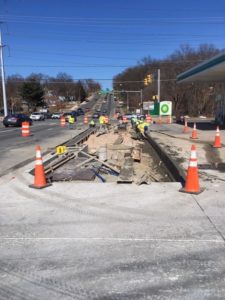 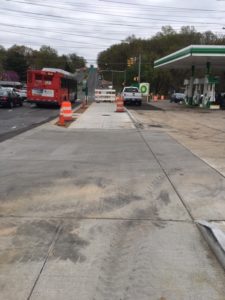 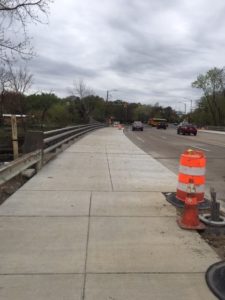 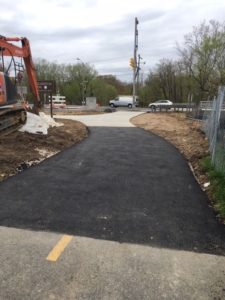 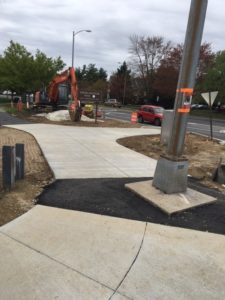