Contract work was completed in late March. Currently, the contractor is addressing punch list items associated with the traffic signals at the intersection of 20th Street South and Route 1 and street lights throughout the project limits.

The demolition project started in January 2018 and was completed in March 2020.

See photos of the bridge demolition

The elevated portions of South Clark-Bell Street will be demolished north of 18th Street South. South of 18th Street, new open space will be created in the existing roadway right-of-way, and new sidewalks, landscaping and lighting along US Route 1 will be provided.

The project will also establish new building pad development sites for redevelopment of Crystal City, with the necessary infrastructure to transform the east side of the US Route 1 corridor in Crystal City.

At its Sept. 16, 2017, meeting, the County Board approved a $6.6 million contract with Neuber Environmental Services, Inc., to remove the elevated South Clark Street roadway.

The contractor permanently closed the roadway on Feb. 5, 2018. This closed the southbound elevated Clark Street structure between 12th and 20th Streets South, including two ramps and two bridge structures. 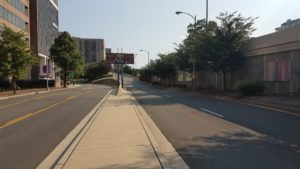 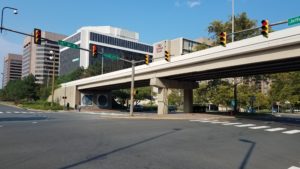 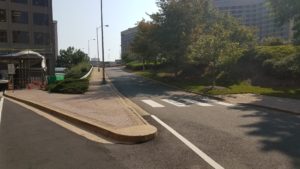 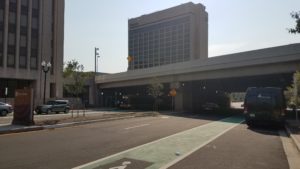