Shirlington is the heart and soul of arts and entertainment in Arlington – home to the Tony Award-winning Signature Theatre company, WETA and more. It features several townhouse communities, high-rise apartments and other residential units, along with a lively pedestrian promenade, popular cafes and plenty of restaurants and shops. All of this is within easy access to Washington, D.C., Crystal City, the Pentagon and Washington National Airport via trails along Four Mile Run stream and bus service from Shirlington Bus Station.

The combination of dining, arts and entertainment make this a popular destination for visitors from throughout the metropolitan region. Residents also enjoy a beautiful setting with several parks, a dog park, a cinema and the Shirlington Public Library.

Shirlington was developed originally as a shopping center in the 1940s. Lansburgh’s, a large department store, opened in 1959 and provided a strong retail anchor for the shopping center. By the mid 1970s, Shirlington was suffering decline and was not in line for Metrorail service. A series of PDSPs and amendments  followed, calling for the refurbishment of storefronts and mechanical systems, as well as streetscape enhancements.

The PDSP has been amended numerous times since its 1982 approval. Since then, the County Board has approved reallocations of uses as well as modifications that allow particular uses to be excluded from density calculations. After several rounds of making adjustments and re-evaluating, Shirlington has become a successful example of a vibrant, mixed-use core for a lower-density, car-oriented community. 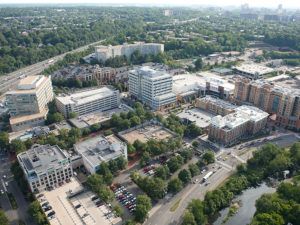 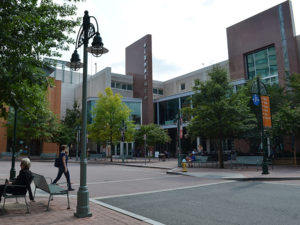 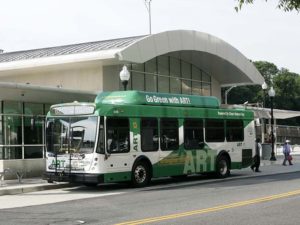 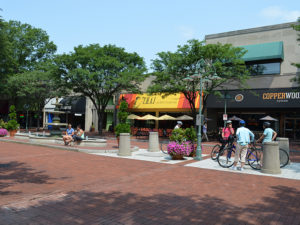