In January 2017, the County Board approved the acquisition of three parcels to use as a temporary location for Fire Station No. 8, while the new one is being built. The parcels, located at 2211, 2215 and 2217 N. Culpeper Street, are immediately adjacent to the existing station – this keeps the station in the same general area and affords minimal disruption in fire operations.

Combining the acquired parcels with the existing fire station site will offer efficiency and cost savings in construction of both the temporary and new permanent station. The temporary location is expected to include temporary engine bay structures on the 2211 and 2215 parcels and the living quarters will be located in the existing 2217 N. Culpeper Street building.

Funding identified in the 2019-2028 CIP and provided through other various funding sources. 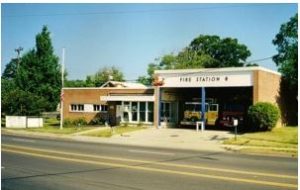