The Intelligent Transportation Systems (ITS) program leverages new technologies to improve traffic operations and monitoring capabilities for all modes of travel throughout the County. The focus of the program will shift from infrastructure construction to better integrating the various systems to improve safety and capacity. County ITS can improve transparency and provide valuable information to partner agencies such as VDOT.

Project Area: Includes most of the signalized intersections along Glebe Road from the northern end at Chain Bridge to the I-395 ramps to the south.

The major construction portion of the project will occur at Chain Bridge. The project will include the replacement of the existing traffic signal at Chain Bridge and improved signage and reversible lane infrastructure to improve safety. Additional improvements to the communications and interagency operating capabilities with the District Department of Transportation are also planned here.

Status: Portions of the Glebe Road project are underway, but the main construction at Chain Bridge is anticipated to begin in fall 2018 and be complete in spring 2019.

Project Area: Includes most of the signalized intersections along Lee Highway from East Falls Church to Rosslyn.

Background: This project includes several initiatives along the Lee Highway corridor including new ITS equipment deployment, new traffic signal infrastructure at several locations, and a minor streetlighting component. There are signal rebuilds anticipated at the following locations:

The signal upgrades will be staggered and constructed independently. Refer to the original concept schematic for more details on the proposed improvements.

Status: ITS equipment deployment is underway. Most of the infrastructure portions of the project are currently in design. Construction is anticipated to begin in summer 2018.

Project Area: Includes most of the signalized intersections along Washington Blvd. from North Ohio Street to North Pershing Drive

Background: This project will improve the traffic signal infrastructure along Washington Blvd. corridor to upgrade the ITS, implement congestion-reducing adaptive signal optimization, and enable future initiatives such as connected vehicles and transit signal priority. The project will also install additional Bluetooth devices, Count Stations and CCTV cameras to monitor the traffic and safety of all modes.

There are signal rebuilds anticipated at the following locations:

The signal upgrades will be staggered and constructed independently. The construction for cabinet upgrade will follow the feasibility analysis conducted after survey. The concept plan outlining more details on the proposed improvements along corridor will be posted soon.

This project website will be updated as the project progresses. Since this project focuses on infrastructure and systems integration, the final plans for major construction components will be posted online prior to construction. The community will be notified in advance of construction-related activities. 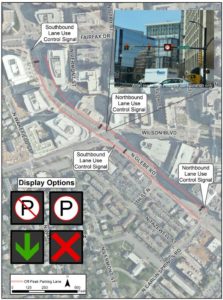 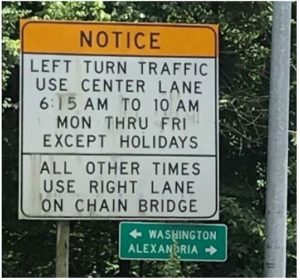 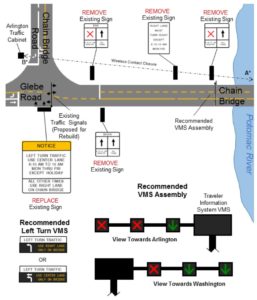