Current Use of Property: Pharmacy

The Green Valley Pharmacy is a local landmark and an important part of Arlington’s African American history.  Among the most recognized and cherished businesses in Nauck, Green Valley Pharmacy has helped to shape and define the local community for more than 60 years. Dr. Leonard Muse, or “Doc Muse” as customers fondly refer to him, opened the Green Valley Pharmacy in September 1952, along with classmate and business partner, Waverly W. Jones. Muse purchased the property and became sole owner in 1955. The property was originally built in 1942 as Hyman’s Grocery for first owner Joseph Hyman.

When Green Valley Pharmacy opened, no other pharmacies in Arlington welcomed the black community. Typically, black customers had to use rear entrances and were not treated well with their medical prescriptions. Green Valley served both black and white customers, and it was especially popular for its dine-in food counter, where breakfast, lunch, dinner and an abundance of ice cream desserts were served. In the early days, an order of two hot dogs cost just 25 cents.

The historic Green Valley Pharmacy is a one-story rectangular-shaped building, made of 12-inch cinder blocks faced in textured stucco. The building’s simple design has minimal architectural ornamentation, with the most distinctive features being the prominent corner entrance and the roof, where wooden shingles cover an overhanging false mansard roof line. Upon entering the pharmacy, the main sales counter is located to the left, with lunch counter and seating to the right.

There are several historic elements remaining on the interior, including some floor-to-ceiling wood shelves behind the sales counter, a large metal floor safe and the pharmacy’s original cash register.

Leonard Muse was the original proprietor of the Green Valley Pharmacy.  He was born in Del Ray Beach, Fla., where he grew up and attended school. He enlisted in the Army in 1943 and moved to Washington, D.C., in 1944 to attend the Howard University School of Pharmacy, where he graduated in 1948.  Muse still owns and operates his business.

Mr. Bransom was an architectural designer in the 1930s and 1940s, predominantly in Washington, D.C. He designed the Green Valley Pharmacy, which likely was his only work in Arlington. 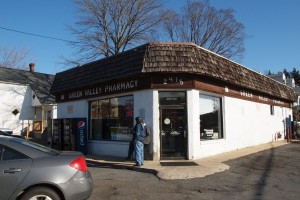 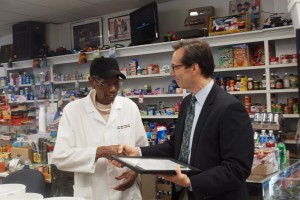 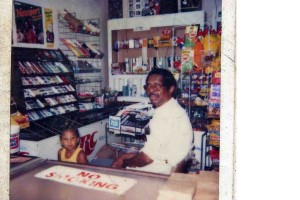 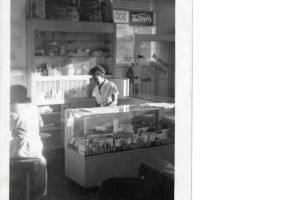 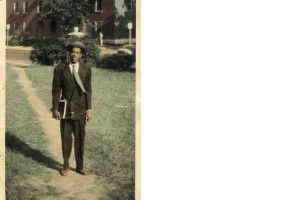 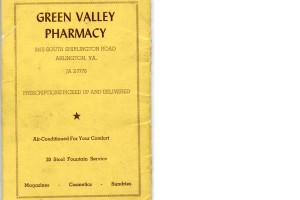