Donaldson Run has been impacted by stormwater runoff, causing excessive erosion along the stream channel. A technique called “natural stream channel design” will be used to create a new stream channel that’s in balance with the runoff it receives from the surrounding land. The stream will be raised up to reconnect it with the floodplain area. During higher flows, the stream can flow onto the floodplain and the water will slow down and reduce its energy. In addition, step pool structures and meanders will be added with rocks that help reduce the energy of the flow.

The stream restoration of Tributary B will:

Why doesn’t the County do stormwater management upstream of Donaldson Run to reduce stormwater runoff, instead of doing stream restoration?

The County is adding new stormwater management facilities in the watershed, as well as restoring streams. The Stormwater Master Plan included a study to find locations to add stormwater management facilities in local watersheds. These watershed retrofits will slow down and treat stormwater runoff, which will help water quality in our streams in the long term. However, these retrofits can’t undo the damage that development and excessive runoff have already caused to local streams. Streams that have eroded down and widened in their channel will continue to do so, washing more sediment and pollution downstream, and threatening more trees along the stream channel.

Why do trees have to be removed to do a stream restoration project?

Due to the extremely tight work area, the impact that heavy equipment will have on the critical root zone of nearby trees, and the fact that some of the trees are compromised due to stream bank erosion, some trees will be lost as a part of the construction process. Trees that are lost will be replaced following construction.

A stream restoration project was completed on Donaldson Run Tributary A in 2006. Before and after photos are in the image gallery. The Donaldson Run Civic Association was awarded an additional $350,000 in 2007 to restore Tributary B. Matching funds to construct the project will come from the Stormwater Fund. 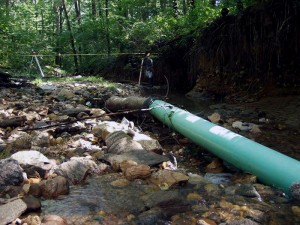 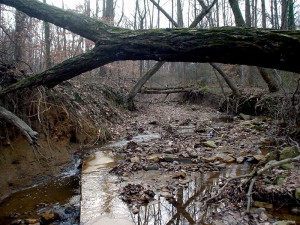 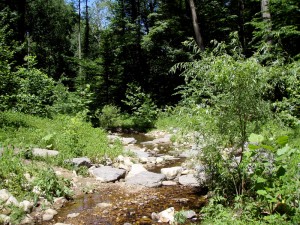 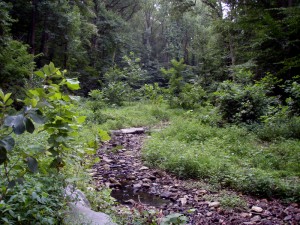 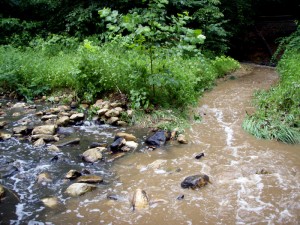 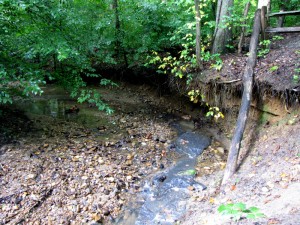 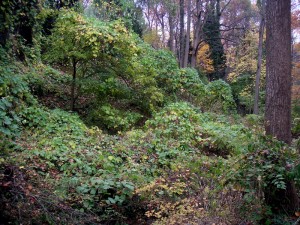