New traffic patterns due to construction along the west end of Columbia Pike (between South Jefferson Street and the Four Mile Run Bridge) are expected to cause additional delays for those travelling through this area. Drivers – especially those commuting along Columbia Pike – are encouraged to use alternate routes. View detour maps

Enter your email address below to subscribe to our Columbia Pike Transportation update:

Columbia Pike, from the Arlington/Fairfax County line on the west end to South Joyce Street on the east end

Construction for utility undergrounding and streetscape improvements is proceeding in phases.

Work is underway on the following segments:

The goal of this project is to make Columbia Pike a safer, more accessible route for all users. Arlington is transforming this main thoroughfare into a complete street that balances all modes of travel and supports high-quality, high-frequency transit service.

Along with visible improvements to the road, extensive work is occurring below the roadway – to replace aging and leak-prone water and sewer pipes and to bury existing overhead utilities underground.

The Columbia Pike Multimodal Transportation Study completed an analysis of existing and future transportation conditions and developed a preliminary design for street improvements along Columbia Pike to ensure the corridor achieves an appropriate balance of travel options. The analysis examined alternatives with the following improvements:

The County also is working to improve transit facilities along Columbia Pike. New transit stations will serve two purposes: accommodating riders on the busiest bus transit corridor in Northern Virginia, and serving the community’s vision of transforming the Pike into a more transit-oriented, pedestrian-friendly “Main Street.”

New stations will make transit along the Pike easier, safer, more attractive and accessible – encouraging more people to use it. Construction of the stations is being coordinated with the Columbia Pike Multimodal project.

Columbia Pike improvements are moving forward in phases. As work begins on each section of the Pike, the first step is to underground utilities, followed by improvements to the streetscape, and then installation of new transit stations.

Additional outreach is occurring as each segment moves into construction. For more information, visit the following project pages:

The following information is related to community outreach and public involvement for the overall Multimodal Street Improvements project:

County staff attended community events to inform residents about current and upcoming construction for the Columbia Pike Multimodal and Transit Stations projects. Read our flyer that summarizes both projects - in English or Spanish

This $114 million project is funded with a combination of local commercial property taxes dedicated to transportation and regional transportation funds from the Northern Virginia Transportation Authority. 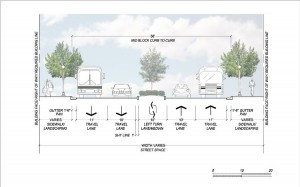 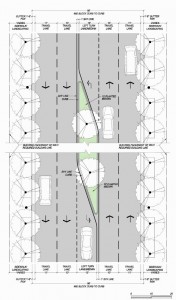