Enter your email address below to subscribe to our Columbia Pike Transportation update:

The contractor is scheduled to perform final paving during the following nights (weather permitting):

For paving of the eastbound inside lane on Columbia Pike – Thursday, Oct. 22 from 8 pm to 6 am Friday morning

Those living near the Dinwiddie/Columbus Street intersection will experience noise from construction vehicles and equipment. Drivers should expect minor delays but all turn movements at the intersection will remain open.

Final paving is scheduled to start on Monday, Oct. 19, with installation of pavement markings occurring during the week of Oct. 26. This schedule is weather permitting. Most of the operation is done during the daytime, but there will be some nighttime work.

What to expect during this work:

Sidewalk closures will be needed for this work, affecting either the north or south side of Columbia Pike between South Frederick Street and South Dinwiddie/Columbus Street. The closures are tentatively scheduled for Monday, Oct. 26 through Monday, Nov. 2.

Columbia Pike from the Arlington/Fairfax County line to Four Mile Run (aka, the west end)

Fort Myer Construction, the County’s contractor for this project, received its Notice to Proceed on Feb. 20, 2018. Total project construction, including utility undergrounding and street improvements, is expected to last approximately three years, until early 2021.

What to expect during this project

The speed limit in the work zone has been reduced to 25 mph. This change will be in place through the remainder of project construction.

This work is part of the Columbia Pike multimodal project that will make Columbia Pike a safer, more accessible route for all users. Arlington is transforming this main thoroughfare into a complete street that balances all modes of travel and supports high-quality, high-frequency transit service.

In addition to visible improvements to the road, extensive work will occur below the roadway – to replace aging and leak-prone water and sewer pipes and to bury existing overhead utilities underground.

Streetscape improvements will include the following enhancements and amenities:

The project also includes a work of public art for Arlington’s western gateway, near Columbia Pike and South Jefferson Street.

December 2019: Staff provided a project update to the County Board - View the presentation 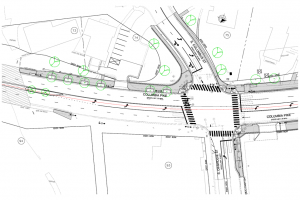 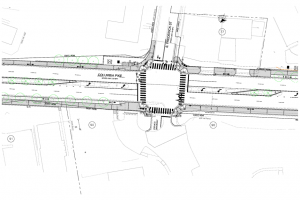 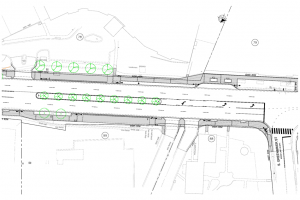 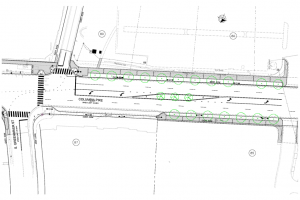 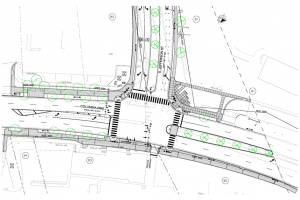