Current Use of Property: Residential

Colonial Village was the first large-scale rental housing project in America insured by the Federal Housing Administration (FHA). It was once the most talked about architectural project in the nation, and in 1948 the Urban Land Institute described it as “one of the outstanding developments of its kind in America.”

Colonial Village had a significant influence on apartment design in the 1930s. Intending it to be a model for future projects, FHA officials worked with developers to create an apartment complex with exemplary site planning. Colonial Village was one of the first to apply innovative garden city planning concepts to a low- and middle-income apartment complex. These concepts include low-density superblock development, clustering apartment units into spacious, richly landscaped courtyards, separating pedestrian and vehicle traffic and using an undeveloped interior greenbelt.

The project was an immediate success, noted for high-quality construction and low rents. Before construction was completed on the first 276 units, management was swamped with almost 15,000 applications. In 1935, apartments at Colonial Village rented for $36.50 for an efficiency, $50.00 for a one-bedroom and $62.50 for a two-bedroom.

Designed by Washington Architect Harvey Warwick, the Colonial Village garden apartment complex is of the Colonial Revival style. It was developed as a superblock project with six interior roads set into an irregular grid and an undeveloped greenbelt crossing the complex diagonally. Pathways, a footbridge, children’s recreational facilities, terraced steps and wood benches are found both within and near these central public spaces.

Buildings occupy only 18 percent of the land in the Colonial Village apartment complex. The 245 buildings on the site hold approximately 1055 apartments. Set off the street, these two- and three-story brick buildings observe deeply staggered setbacks and face into spacious, well-landscaped courtyards.

The project was built in four stages between 1935 and 1940. The first three sections were built as an FHA project. The oldest section is comprised of 276 units on the 25 acres flanking North Rhodes Street. The first phase cost $1.1 million and was completed in October 1935. The second phase was completed in November 1936 and contained 462 units located along Key Boulevard. The third FHA phase consisted of 236 units and was completed in July 1937.

Ring, the developer of Colonial Village, came to be regarded as a pioneer in the garden apartment field. His first project in 1930 was the 555-family Westchester Apartment building in Washington, D.C., designed by Architect Harvey Warwick. He then purchased 50 acres in Arlington to construct a multi-family, moderate-income rental housing development, but was unable to find a local lender to finance the project. In 1935, Ring submitted new plans with reduced rents and Colonial Village qualified as a low-cost housing project eligible to take advantage of the new FHA program. 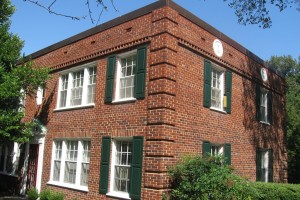 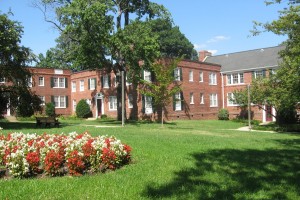 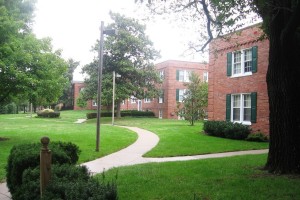 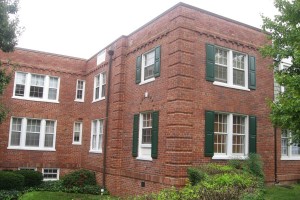