This project is next to the Washington Boulevard & 13th Street N. Improvements project

The construction contract for this project was approved at the June 2018 County Board meeting. The contract was awarded to Ardent Construction Company.

The reconstruction of Clarendon Circle started in September 2018 and was completed in winter 2019/2020.

Clarendon Circle was redesigned to improve access and safety for those who walk, bike and drive. Previously, travel across the intersection was difficult due to its extreme width and the skewed alignment of its roadways. North Irving Street also entered the circle area in two offset locations, further complicating the traffic pattern.

Design analysis for this intersection was performed as part of the development of the Clarendon Sector Plan and the Clarendon Multimodal Transportation Study. The design analysis strongly suggested that roundabouts, one-way street couplets and other alternative designs would have negative impacts on all modes of transportation, especially for pedestrians, and recommended improving the intersection by normalizing the existing geometry as much as possible and reducing its size. Planned improvements applied the Clarendon sector plan’s general design but reduced the overall size of the intersection.

Project updates were shared with the Clarendon Alliance and neighborhood community groups:

County staff held presentations on the study  in 2012 and received public feedback from the Transportation Commission, civic associations and Clarendon Alliance. In addition, an online survey was conducted in 2012.

Funding from the County's Transportation Capital Fund was used to administer, design and construct this project. 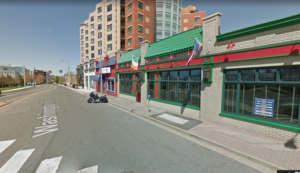 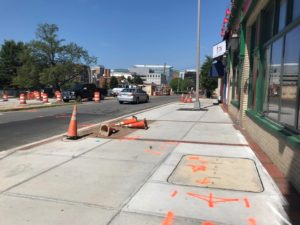 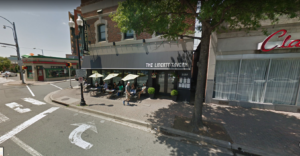 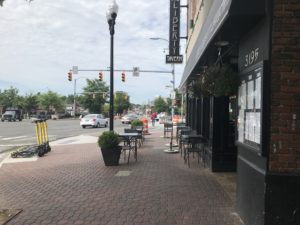 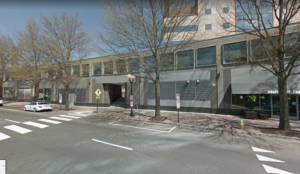 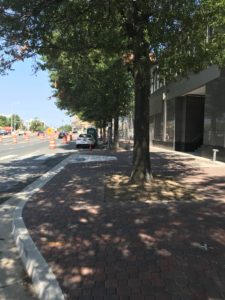