Construction is complete for the replacement of ADA curb ramps on the southeast corner of the Lee Highway and North Quincy Street intersection. 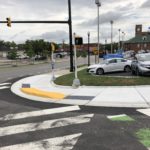 Construction is complete. Landscaping and street trees were planted in November 2018.

See before-and-after photos in the Image Gallery (on the right).

County and VDOT staff met with community representatives on Dec. 10, 2018, to observe conditions and listen to their concerns about the operations and safety of the intersection following completion of the project. Staff continues to tweak the signage, pavement markings and signal timings at this challenging intersection and is evaluating potential changes to improve conditions for people who walk, drive, and bike through the intersection.

The “Five Points” intersection, located in the Cherrydale area, is quickly becoming a major transportation hub for pedestrians, bikers, transit users and drivers. This intersection is somewhat unique in that five streets intersect. Both Lee Highway and Old Dominion Drive are owned and maintained by the Virginia Department of Transportation (VDOT).

The intersection improvements were designed in conjunction with the Cherrydale Lee Highway Revitalization project. Anticipated improvements include:

Feedback from the Cherrydale listserv and comments received from public meetings have been incorporated into the design.

The project is fully funded for design and construction through a revenue-sharing partnership between the County and VDOT. 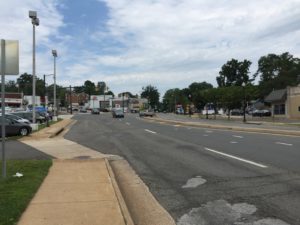 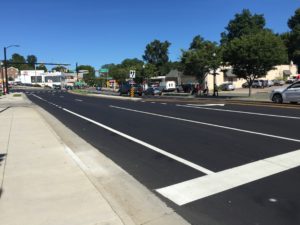 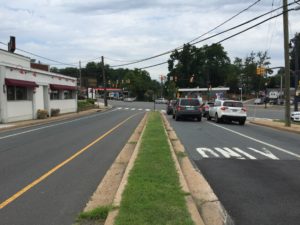 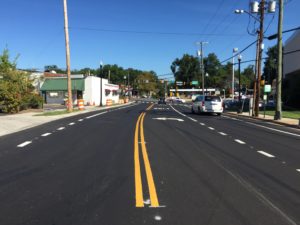 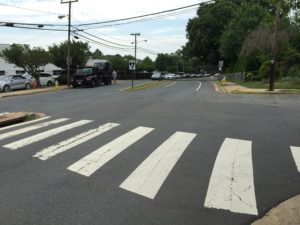 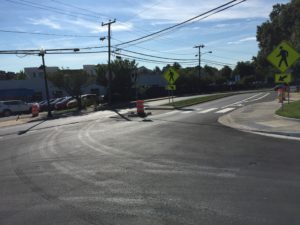 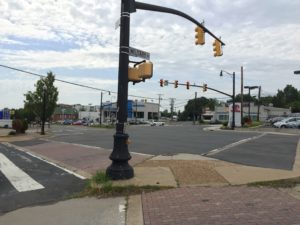 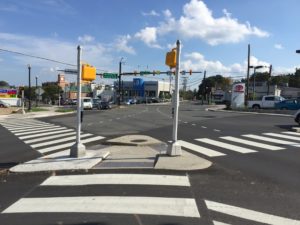