Countywide: Bus stop accessibility improvements are being made throughout Arlington at bus stop locations that are not compliant with the Americans with Disabilities Act.

At its December 2017 meeting, the County Board approved a construction contract for accessibility improvements to 13 bus stops, listed below:

Funds from this program also will be used for bus stop improvements as part of the Lee Highway and Washington Boulevard Bus Stop Consolidation and Accessibility Improvements Project.

Arlington County has an ongoing program that makes physical improvements to bus stops to bring them into compliance with Americans with Disabilities Act (ADA) standards. This program focuses on the design and construction of accessibility improvements to approximately 500 bus stops across the County that currently do not comply with ADA standards, with a goal of improving approximately 30 to 60 bus stops each fiscal year.

What are ADA standards for bus stops?

The ADA requires that all bus boarding areas (i.e. landing pads) must be at least 5 feet wide parallel to the street and at least 8 feet long perpendicular to the street. Landing pads must be adjacent to the bus stop sign pole, connect the sidewalk (if existing) to the curb, and not include grass medians or planter strips between the curb and sidewalk.

This program is included in the Arlington County Capital Improvement Plan and is funded by a mix of state and local sources. 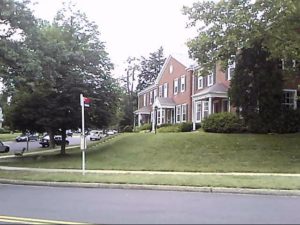 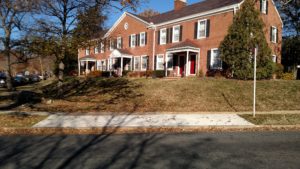 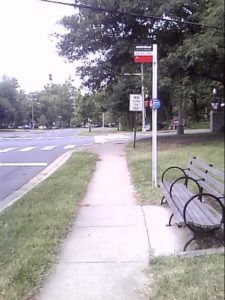 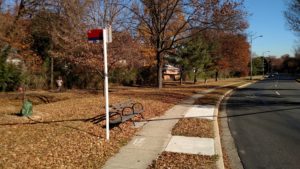 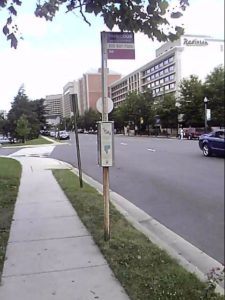 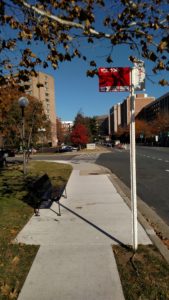 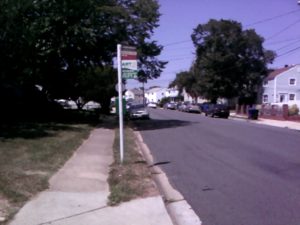 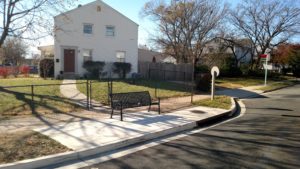 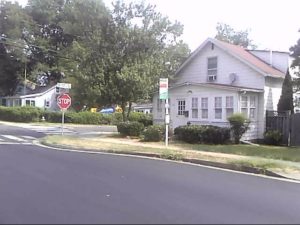 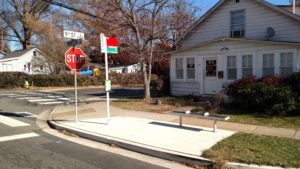