At the September 2019 meeting of the Neighborhood Complete Streets Commission, the Commission affirmed the staff recommendation to move forward with this project as one of the first capital projects undertaken by the NCS program.

In 2017, the Neighborhood Complete Streets (NCS) program received a nomination for improvement to the road conditions on 7th Road South from South Dinwiddie Street to Carlin Springs Road. When the nominated projects were scored and ranked based on the NCS criteria, this project was among the top ranked problem streets due to the presence of speeding and crashes and proximity to schools, transit and bike facilities.

At the September 2019 meeting of the Neighborhood Complete Streets Commission, the Commission affirmed the staff recommendation to move forward with this project as one of the first capital projects undertaken by the NCS program. In the intervening time between the project nomination and selection, street improvements were implemented, resulting in new curb ramps and transit stops between Carlin Springs Road and South Greenbrier Street, subsequently reducing the scope of the NCS project.

The primary goal of this NCS project is to provide improvements to safety and access by improving intersections and street crossings, consistent with the goals outlined in the Arlington County Master Transportation Plan. Improvements to transit stops are a central component in this bus corridor. Limiting disruption to existing green space and on-street parking and avoiding utility conflicts to manage costs are also considerations in the goal of providing improved safety and access.

As with all County projects, County policies and engineering best practices will be maintained in the development of this project. The project will be implemented in coordination with the County’s Transit Bureau.

The Neighborhood Complete Streets program is committed to creating a customized public engagement plan for each NCS project. This allows staff and the NCSC to adjust the engagement to the nature, scope and scale of each project, as well as to consider the stakeholder communities involved.

The process has included the following, to date:

The NCS portion of the project is estimated to cost approximately $247,000 to implement. The County’s Transit Bureau also will contribute funding for this project.

The NCS program is funded through the Capital Improvement Plan and received funds in 2017 and 2019, which will be used to fund this project. 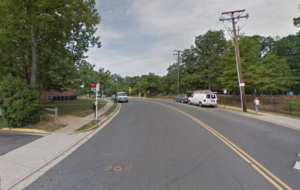