Skip to content
SHARE YOUR THOUGHTS: Please take a look at the final draft design for this new public plaza and provide comments HERE. This feedback form is open through Oct. 23.

SCD 3901 Fairfax LLC (part of Skanska USA Commercial Development) and the County are collaborating on a public engagement effort to reassess an approved 2012 public plaza concept through a public engagement process. The County’s role is to help facilitate Skanska’s public engagement process which is required for the development of this public plaza. The development will include a new privately-owned, but publicly accessible urban plaza for the community to enjoy. Due to changes in the building design since 2012, the approved plaza concept must be modified. The community will have the opportunity to see the design of the updated office building, how the building will be used and to give feedback on two preliminary design concepts for the plaza. Based on community feedback, a final design will be developed.

The approximately .2-acre urban plaza, envisioned by the 2002 Virginia Square Plan, will be located along the west side of the office building bounded by Fairfax Drive, N Quincy Street and 10th Street N. 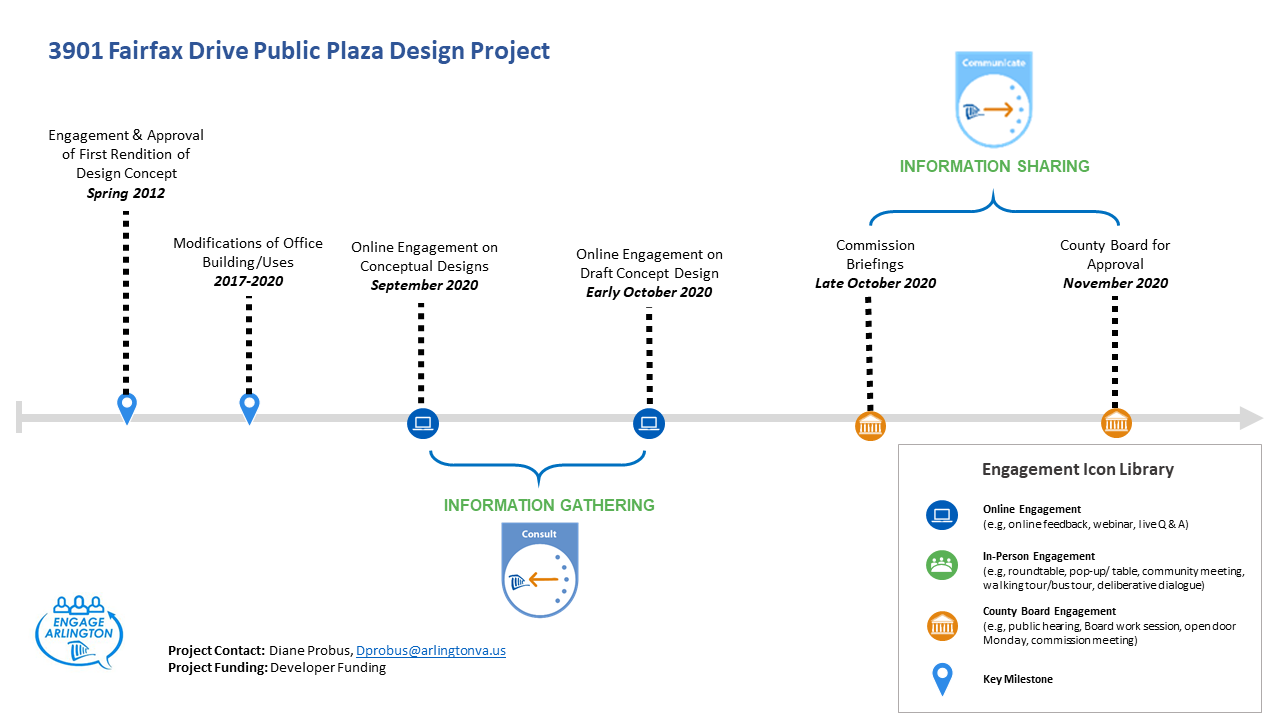 A site plan amendment (SP #386) was approved by the County Board in 2012 for this site which permitted the construction of office space, ground floor retail, a black box theater and an urban plaza for public use. A community planning process was held in Spring 2012, led by the Project for Public Spaces (see PPS concept report below), to develop a concept for the .2 acre public plaza. The final concept included an interactive water feature, shade structure, tables and other amenities with flexible space for gatherings and outdoor theater performances. During design of this concept, the amenities were pared down so that the plaza would fit within the developer’s budget. The final design included the water feature and other elements to support the uses planned for in the plaza. In 2017, the County decided to release the property owner from responsibility to build the black box theater. Following this decision, the developer converted the space for the theater to an office conference center and the office space along with other modifications through a site plan amendment in 2018. In June 2020, Skanska won approval of further building modifications to the exterior and interior of the office building. 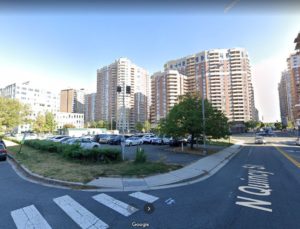 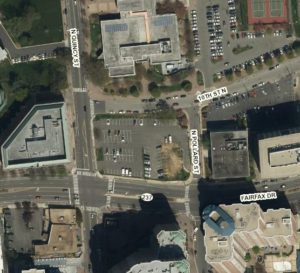 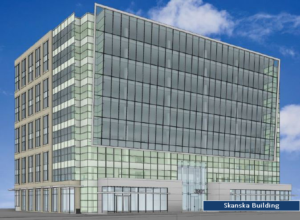 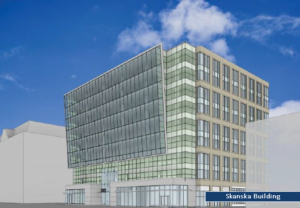