The 60% design was completed in June 2019, but the project was put on hold while the County investigated an alternative design due to questions from the community and an adjacent property owner.

The project team worked with the adjacent property owner on a new street cross-section and curb alignment that works with the County’s vision and redevelopment aspirations. As of September 2020, work is underway on a new 60% design.

In addition to the garden park and street work that will occur, the project will also install the following features on South Clark-Bell Street:

The design of the new park will be completed by others. Portions of the work for the project are dependent on redevelopment.

The project has been re-imagined due to community input. Extensive work with stakeholders will continue as the project moves forward. 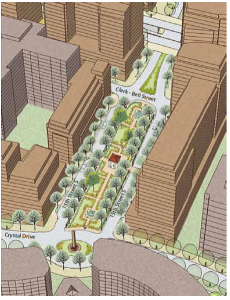 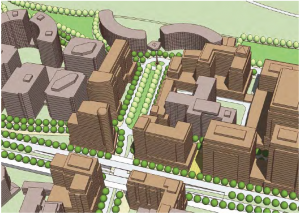