This section of roadway was selected for improvements because the sidewalk is inconsistent and, at times, at grade with the roadway such that vehicles can drive onto the concrete.

13th Street South was nominated for improvements by the Neighborhood Complete Streets (NCS) program in 2017. Due to the large number of applications received at that time, and the long list of projects requiring traffic counts, the Neighborhood Complete Streets Commission (NCSC) chose to move forward with three Pilot Projects in 2017. In February 2018, the NCSC moved forward with three more pilot projects, including 13th Street South.

Preliminary scoping of the project site revealed this project is not well suited to a pilot project, due to site constraints and conflicts. The primary goal – of improving safety and access through a complete sidewalk on 13th Street South from Walter Reed to South Glebe Road – would require more extensive modifications to the street than could be achieved through a pilot project.

In June 2019, the final ranked list of NCS nominated street locations was completed, and 13th Street South was among the top ranked projects. The NCSC agreed with the staff recommendation and chose to convert this from a pilot project into a capital project at their September 2019 meeting.

Staff considered the feedback received from the public and adjacent property owners, existing utility conflicts, and the need for multiple permanent easements when evaluating the proposed project plans. A revised version of Concept 1 will be presented to the Neighborhood Complete Streets Commission for their consideration at their March meeting.

The primary goal of the project is to provide a complete sidewalk on one side of the street, including ADA accessible ramps and improved markings at intersections. County staff have prepared two preliminary concepts for public feedback.

Both preliminary concepts would:

Provides a sidewalk on the north side of 13th Street from Walter Reed Drive to South Highland Street. Retains “shoulder” parking on the south side of the street. Pedestrians would cross the street at South Highland to continue walking toward South Irving and South Glebe Road.

The Neighborhood Complete Streets program is committed to creating a customized public engagement plan for each NCS project. This allows staff and the NCSC to adjust the engagement to the nature, scope and scale of each project, as well as to consider the stakeholder communities involved.

The process has included the following, to date:

The NCS program is funded through the County’s Capital Improvement Plan and received funds in 2017 and 2019, which will be used to fund this project. 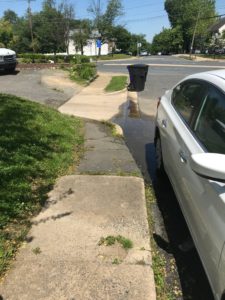 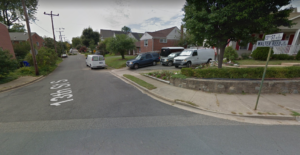 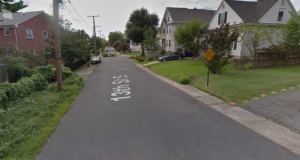 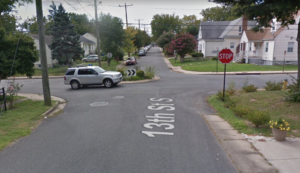 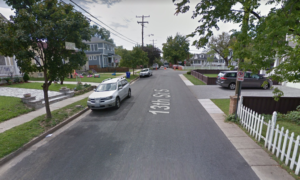