This project will help expand the Crystal City Potomac Yard Transitway to Pentagon City by creating center-running transit-only lanes on this section of 12th Street. No new Transitway stations are included in this block of the extension, which will be located west of South Eads Street.

The project is also incorporating a two-way cycle facility under the Route 1 bridge. This will link a future two-way Cycletrack planned for Army Navy Drive to a planned two-way bike lane along South Bell Street heading toward the Crystal City Metro Station. This cycle facility will provide a bike link to Long Bridge Drive.

The total project cost is estimated at $2.35 million. Funding comes from the NVTA and an Arlington fund dedicated to infrastructure investment in Crystal City. 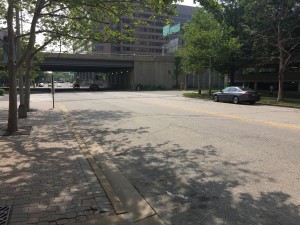 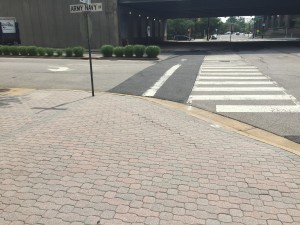 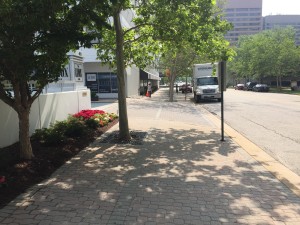