We remember and honor the determined individuals who took a stand against unfair, discriminatory practices. Their bravery helped change Arlington, Alexandria, and surrounding localities, and brought about an important and visible step toward desegregating our community. They inspire us today in our ongoing efforts to achieve racial equity.

As part of the commemoration program for this anniversary and the greater civil rights efforts achieved in Arlington, the Historic Preservation Program is proud to partner with Arlington County’s Public Art Program, Arlington Transit, Arlington Arts’ Art on the ART Bus, and the Arlington Art Truck to bring visiting artist Amos Paul Kennedy, Jr. to Arlington. Mr. Kennedy will create commemorative letter-press cards featuring quotes by local history makers to bring attention to the places, people, and events that are often overlooked in our collective memory of Arlington. Mr. Kennedy’s work includes prints, posters, and postcards. He is inspired by proverbs, sayings, and quotes significant to the place where he is working.

Pick up letter-press cards by Mr. Kennedy at the locations of seven of the sit-ins, shown on the map below (click to enlarge).

On June 9, 1960, just after 1 pm, about a dozen people walked into the People’s Drug Store at 4709 Lee Highway in Cherrydale and began what would become a peaceful County-wide demonstration for the right of all people to be served at what had historically been white-only lunch counters. Although African Americans could patronize stores as clientele, employees refused to serve customers of color at the lunch counters within the stores.

In February of the same year, students protested at a segregated lunch counter at an F. W. Woolworth department store in Greensboro, North Carolina, and sparked a series of similar sit-ins throughout the South. In response, Virginia’s Governor Lindsay Almond passed three bills through the Virginia Assembly that criminalized trespassing to attempt to prevent similar picketing in the Commonwealth.

If you or someone you know participated in or witnessed the sit-ins, please contact the Historic Preservation Program. We would value the chance to hear and preserve your story.

June 9
Around 12 PM, demonstrators begin peaceful protests first at the People’s Drug Store at 4709 Lee Highway in Cherrydale, and later at the Buckingham Drug Fair at 301 North Glebe Road. The lunch counters are quickly closed and the seats removed from seat posts. Many protesters use books as seats to continue sitting at the counters. Protesters are harassed by shoppers, junior high and high school students, and eventually Neo-Nazis led by George Rockwell, leader of the American Nazi Party. Police are called, but no arrests are made, although the protesters have been physically threatened, hurt, and provoked. Demonstrations end at 10 PM when the stores close. A drive-by shooting happens nearby about 30 minutes after the demonstrators leave the Buckingham Drug Fair together through a crowd of approximately 300 onlookers. 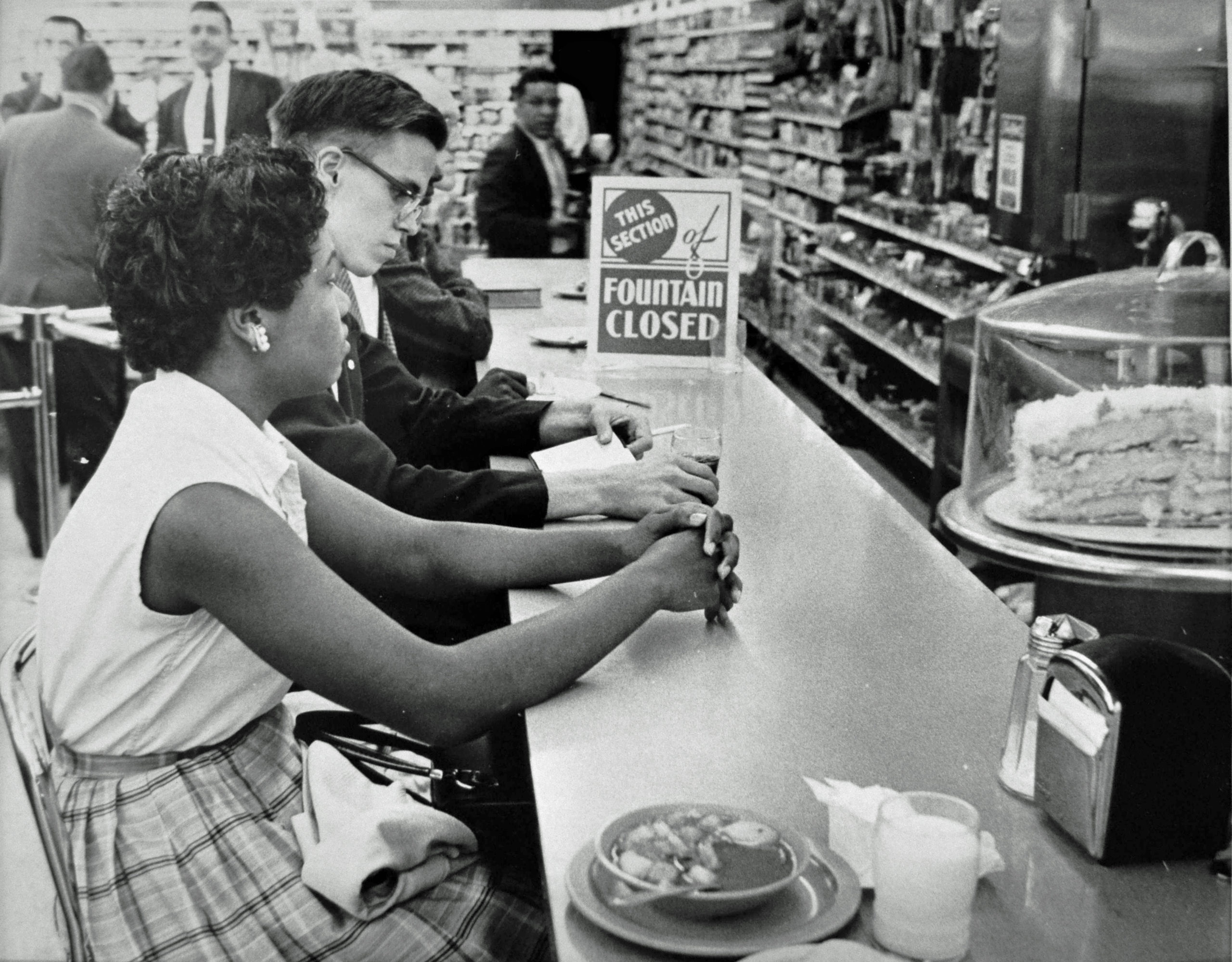 June 10
Howard student and group leader Lawrence Henry is arrested for allegedly unrelated charges of driving without glasses or proper tags. Lunch counters are pre-emptively closed at three drug stores in Arlington today. Protesters arrive around noon at the People’s Drug Store on Lee Highway, the Drug Fair at 5401 Lee Highway, the Howard Johnson restaurant at 4700 Lee Highway, and the Drug Fair at 3815 Lee Highway around noon. All lunch counters are closed, and eventually crowds, largely of high school students, gather to harass the demonstrators. At the Drug Fair at 3815 Lee Highway, George Rockwell and some uniformed followers try to provoke the protesters. Then, however, police require the Neo-Nazis and the ensuing crowd of over 100 to leave, allowing the protesters to remain. Lawrence Henry and Dion Diamond are arrested at Howard Johnson. In the evening the demonstrators announce a temporary halt to the protests to allow for negotiations. The Secretary of People’s Drug Store and the President of Drug Fair, whose businesses both serve integrated clientele in Washington, D.C., announce they are willing to discuss mediation. Arlington County Board Chairman Herbert Brown states that as a private business matter, the County leadership does not believe there is a reason for the County to mediate between parties. 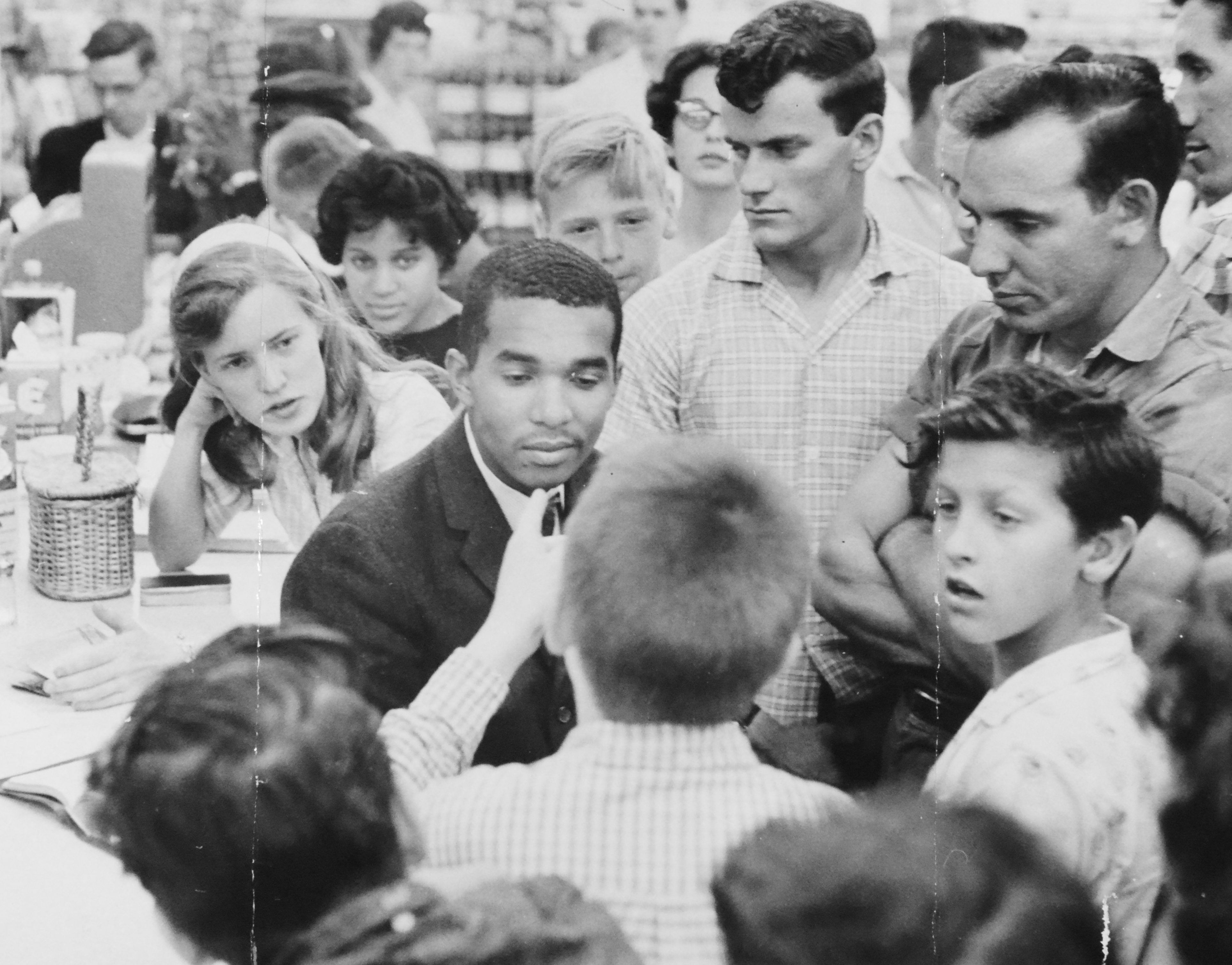 June 13
The Arlington County Board Chairman announces that stores which cater to the public on a desegregated basis in other departments “might be expected to open their lunch counters to the public on the same desegregated basis” as “[t]he majority of Arlington citizens probably would accept it.” However, he reiterates that just as patrons have the right to work peaceably toward ending desegregation, store owners have the right to decide what they think is best for their businesses, and as such it is a private manner in which the County will not interfere.

June 18
At 11:10 AM, 14 protesters sit down at the counter of the Colonial Room, the lunch establishment inside the Lansburgh department store in the Shirlington Business Center (now the Village at Shirlington). Although a demonstrator is accidentally served a cup of coffee, the counter is closed. The President of Lansburgh, Ralph Goldsmith, states that the closure occurred to take the time to ascertain whether they were violating any laws by integrating their diner. The demonstrators sit at the darkened counter for seven hours. Around 1:30 PM, some of the protesters leave to walk down the street to demonstrate at the Shirlington F.W. Woolworth counter. Although the counter is closed immediately, the sitters remain until both stores close at 6 PM. The protesters state that they will not hold any additional sit-ins until the next week to give businesses time to reply to their request for negotiation.

June 22
At 1 PM, the F.W. Woolworth store in Shirlington is the first to announce that patrons will be served indiscriminately in their Virginia stores as in their Maryland and Washington, D.C., stores. Around 3:30 PM, an integrated group of protesters walks into the Woolworth store and is served at the counter. Lansburgh, Kann’s, and the People’s Drug Store chain announce they will be desegregating their counters. At 5 PM, protesters sit down at the Buckingham Drug Fair lunch counter to be served, but the counter is closed and the lights turned off. Although the Drug Fair chain has not yet desegregated, Robert Gerber, the company board’s chairman, calls to inform the protesters that the counters will be desegregated in due time so they should feel free to leave. However, the protesters remain until the board chairman is convinced to make the announcement public and allow the waiting demonstrators to be served, which they are at 7 PM.

June 23
Twenty-one lunch counters open to black patrons. Both in Arlington and in Alexandria, Hecht’s, McCrory’s five and dime stores, G.C. Murphy’s, and Waffle Shops make statements about opening their lunch counters, while Hot Shoppes begin to serve African American patrons without comment. Twelve of the demonstrators are served without incident at two People’s Drug Store locations, the Hot Shoppes at the 14th St. Bridge, and the Arlington Towers Shopping Center Drug Fair. 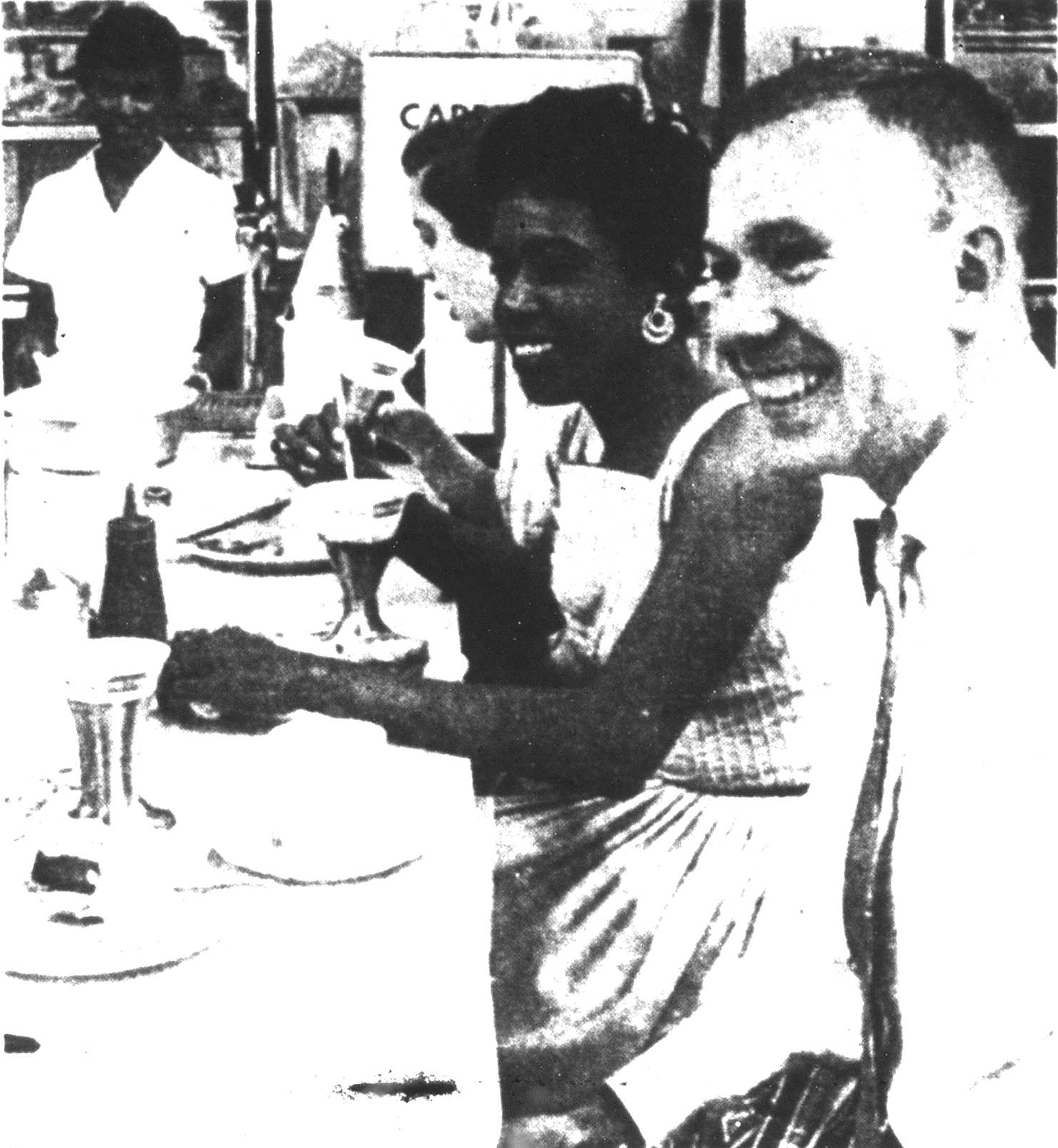 Back to Stratford: Event description and photographs

Historic Preservation Master Plan Update: Follow, and provide feedback on, our work to equip Arlington with a vision for historic preservation over the next decade